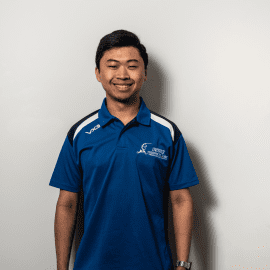 After spending time in research and being mentored by the Head of WIOC, Nigel became the very first clinician to have performed Mirror Visual Feedback Therapy at the WIOC, yielding great results in aiding phantom limb pain in amputees.

Nigel believes in a holistic approach when it comes to treating patients. The aim is not just treating symptoms, but managing them as a whole and improving overall function. As an avid runner and squash enthusiast, he has a particular interest in treating sports-related injuries as well as helping to improve poor postural habits. In his treatment sessions, Nigel adopts numer-ous techniques including chiropractic adjustments (Diversified), taping, soft tissue release tech-niques, and the prescription of specific rehabilitation exercises to aid recovery. Besides that, he trained in providing medical acupuncture and instrument assisted soft tissue manipulation (IASTM).

Throughout his career to date, Nigel has treated a range of patients from toddlers, teens, pregnant women, geriatrics, to marathon runners, team GB track athletes, and professional football. Alongside private practice, he has most recently been a part of the Elite Ice Hockey League delivering chiropractic treatments to the Manchester Storm Ice Hockey team.